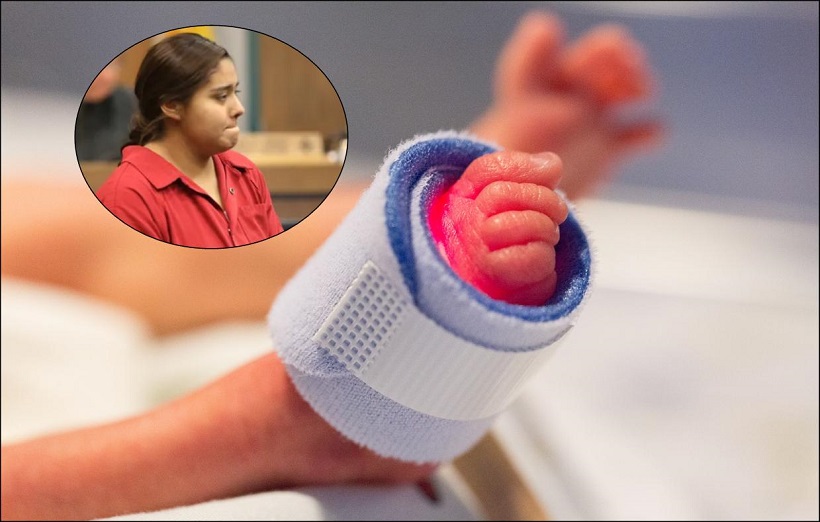 An illegal migrant woman in New Mexico seriously injured her infant daughter by “aggressive handling” but a judge decided to let her go without trial.

On January 3, Las Cruces Sun News posted the story of Idali Ortiz-Muñoz – a 23-year-old woman in Anthony, NM – who was arrested in December 2019 over first-degree felony charges of bodily harm to a child. The story says Muñoz’s physical abuse of her infant daughter, who was less than 2 months old at the time of the crime, left the infant with several fractured bones.

She was found to have fractures in her upper arm and collar bone. A CT scan also showed slightly older fractures to the baby’s ribs.

After delaying her trial for 2 years, the authorities set the trail date in May 2022. But Ortiz-Muñoz pled guilty in a plea deal with the state and was charged with a 3rd-degree felony of “abuse not resulting in great bodily harm”. The presiding judge, 3rd Judicial District Court Judge Conrad Perea, suspended a year of the due sentence as well as the fine to release Muñoz.

The story featured on Yahoo News implies that Muñoz is an illegal immigrant who now faces the possibility of deportation.

Ortiz-Muñoz was released from the detention center the same day with instructions to report to the parole office. Ortiz-Muñoz stated she is not a U.S. citizen which means deportation is a likely possibility.

Meanwhile, the father of Muñoz’s baby is still held at Doña Ana County Detention Center on first-degree felony charges of child abuse with great bodily harm. He will be tried in February.

Last month Judge Conrad Perea ordered the release of a man with history of domestic violence despite finding him dangerous, Yahoo News wrote:

During the pretrial detention hearing on Tuesday, Judge Conrad Perea ultimately decided that Miller could be released into the custody of his daughter despite finding him dangerous.