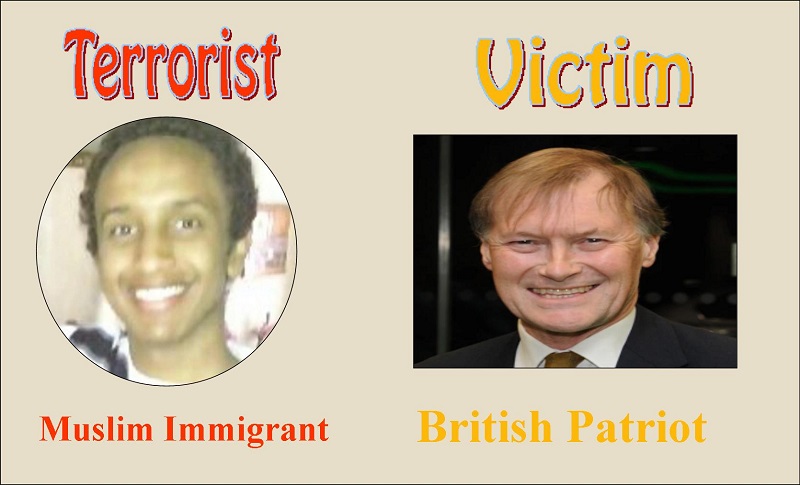 Ali butchered Sir Amess on Friday, October 15, at a church in Essex in broad daylight. The police arrested Ali at the crime scene and held him under the Terrorism Act 2000. The Telegraph reported on Thursday that the Somali Muslim terrorist has been charged with the murder of Sir Amess “as part of a terrorist attack”. The charges were authorized by the Crown Prosecution Service the same day of the lawmaker’s murder.

The shocking murder of Sir Amess by the Somali Muslim terrorist Ali Harbi Ali is seen by some as not just another act of Islamic terror but political assassination. Conservative politician and commentator Nigel Farage said the same on GB News.

‘This Is a Fundamentalist Islamist Terror Attack,’ Says Farage https://t.co/n6ZoSYOEHN

Somali Muslim immigrants in the UK, meanwhile, are preparing for defense against assumed “hate attacks” by those angered by the brutal murder of Sir Amess by the Somali Muslim terrorist Ali Harbi Ali.

Breitbart reported that the Muslim Council of Britain claims it has received many threatening messages on social media. The story says that according to director of the Council of Somali Organisations, his organization is “bracing for attacks on the Somali community.”

Does strict monitoring help in checking Islamic terror attacks? In the discussion section on the Breitbart story, one person from Russia says it does. The person, who goes by SiberianRhod, wrote:

Indeed! We do have problems here in Russia but our authorities are rather more proactive in dealing with home grown Saudi financed terrorism.

The comment added, “Plus there is tight monitoring of potential extremists and at first sign of problems action is taken (arrest, any family and supporters get punished too).